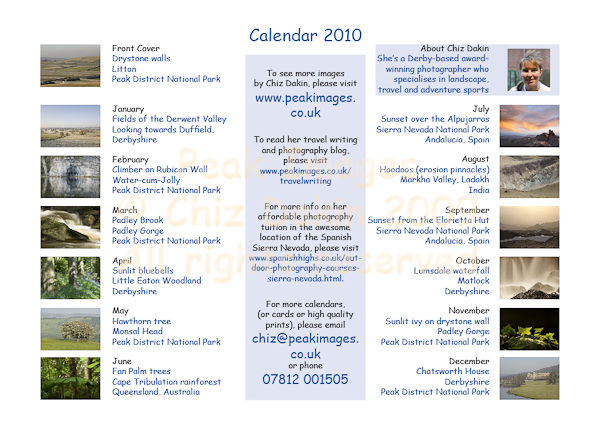 Home » Photography » 2010 Calendar getting there! 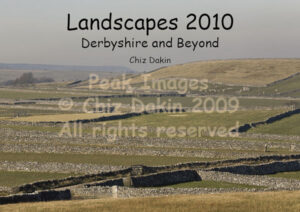 My 2010 calendar is beginning to come to fruition!

It’s been trials and tribulations with producing this year’s one, for several reasons.

I’ve always produced everything like this myself until now – but the CD case ones that I’ve done in previous years, while being a great start, were becoming very expensive once I started needing to create more than about 10 of them! (and that happened a while ago 😉 )

I hadn’t really worked out the cost of last years one’s at the time, but the printing turned out scarily expensive and even at nearly £10 a go (which was the absolute maximum I could really charge) were still actually costing me money overall! And as various things make me suspect that this year’s would sell in even greater numbers, something had to change. 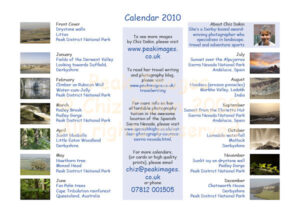 I’m still negotiating with printers, so I can’t post the exact price just yet, but it will be cheaper than last year – probably around £9 direct from me (it may have to be slightly higher in a few outlets to allow for their retail costs). And being so much larger (A4 that folds out to A3) it’s also much better value than last year’s one!

I’m only having a very limited run done this year, (it’s the first time I’ve designed and printed this commercially and so don’t want to over-order!) so this means it’s extremely unlikely to be duplicated as a Christmas gift by anyone else!