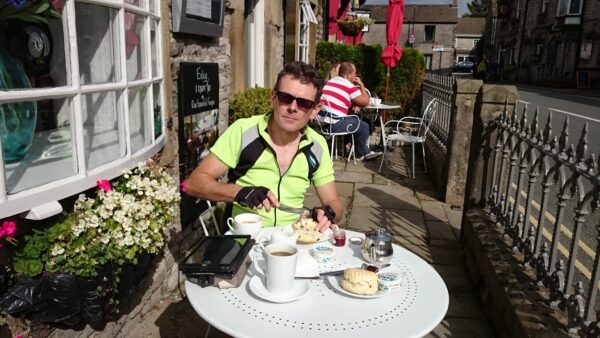 As all cyclists and walkers know – one of the reasons for all that exercise is to justify the café/tea shop/pub stop part-way around a route – or at the end. Or if it’s a really tough route, it may even be possible to justify both!

I’ve tried to compile a list of known good refreshment stops in the Peak District and nearby surrounds – good for cyclists and/or walkers – listed by alphabetical order of town or village they’re in (or occasionally nearest to). Where I can find one, there’s a link to their website – otherwise a tel number where a website doesn’t seem to exist.

NB Map under construction – please bear with us while we make and adjust it!

And a very wide choice in Ashbourne, Bakewell, Buxton and Castleton

Coming soon – will have their own dedicated page

The Tour de Peak District has its own dedicated page for refreshment options.

Accommodation – another work in progress!