Home » Cycling » Conundrums in bike choice Road vs CX vs MTB
If n=1 is dead and road bikes are seriously grin-inducing after all, where does that leave me? I’m finding the 15kg Thorn Raven just a bit too heavy at the moment – especially for lifting over obstacles and into and out of vehicles and onto it’s hook in the garage. And I really like the Norco Tactic 105, but am a bit scared it might be a bit fragile. And I need it to be able to take lightweight touring gear (eg B&Bing or hostelling it rather than camping) which means it needs to take a lightish-weight rack. And I’d really like not to be totally restricted to tarmac, but be able to explore gentle off-roads as well. Oh and I’m really unconvinced about aluminium as a frame option. I’m really asking too much again aren’t I?

So some compromises have to be made.

Panniers. I’m not someone who can wear lurid lycra all day in the wet and not get cold. In our climate, if I’m out all day – and especially on a multiday trip – and there’s any hint of rain, I’m not happy without a decent set of lightweight waterproofs. I don’t care who laughs at me – being comfortable, warm and dry is more important! So even though I’ve now got seriously small and lightweight waterproofs (the OMM Kamleika legs at 190g and a Mountain Equipment Micron jacket at 185g) which weigh no more than 400g between them and take up the space of a bit more than 2 tennis balls, I still need somewhere to carry them, puncture repair kit, a bit of food, maps, first aid kit (learned that one the hard way after gravel rash without one!), camera kit and often a warmer layer. Plus a change of clothes for overnight/multiday trips. And I don’t like carrying most of this stuff in a rucksack.

Answer I’ve always assumed is a rack and panniers. Of which I already have a good set of waterproof Ortliebs. I’ve had more than a few suggestions that bikepacking kit is the way to go though. Currently I’m dubious that I’ll fit everything in at all. Then that they will either be very unstable (the back pack) or get in the way of pedalling (in-frame packs). But I’m told otherwise by folks I respect who’ve used them for real. So something to try – and that also reduces the total weight issue! Although perhaps rather at the cost of convenience? After all, panniers are very useful even on errand running trips… And when lifting the bike over obstacles they’re very easy to remove and reclip back on. Will bikepacks be as good on that? 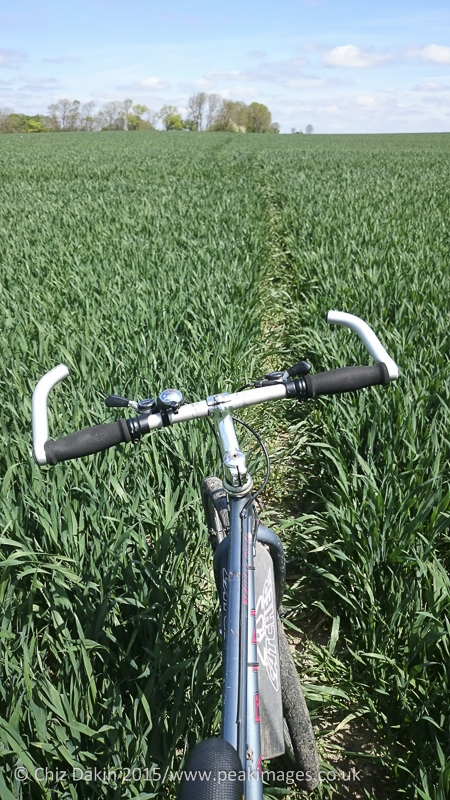 Off-road and cyclocross (CX) bikes? I suspect that carbon road bikes and off-road really don’t mix well. A MTB loves off road, but is rather sluggish on road by comparison, even with slicks. And is usually relatively heavy. So what about cyclocross bikes? They seemed like the perfect answer on paper. But on a test ride of the Jamis Renegade, I came across an issue which may be a real deal-breaker for me. I’m still trying to get my head around it at the moment, but basically it’s wheel clearance against toes. And cyclocross bikes seem not to be designed to allow enough – even for my tiny size 5 feet. (A consequence of head and seat angles raked more for carrying the bike). So the verdict is out on cyclocross bikes as a whole at the moment. They might come back into the equation, they might not. For me at least!

Enter the unexpected. Is my 90’s era steel-framed Marin Eldridge Grade MTB perhaps something to use as the base frame and upgrade some components? It’s old, and a little bit the worse for wear in places, but has done me well for nearly 10 years hard use and 7 years light use even with it’s original dings. (Like all previous bikes, I bought it second hand). And it’s only 11.5kg with a rack fitted. Have to be honest, I’m really struggling to find much that fits the rest of my criteria far enough below that weight to be worth while spending significant money. Most are within 1kg of it, especially when a nearly 1kg rack is taken into consideration. And it does most of the job perfectly – it’s got so much more get up and go than the Raven, especially for acceleration from a standing start and uphills, and it’s so much easier to get over obstacles and in and out of vehicles. It’s still heavier than I’d have liked, but the difference between it and the Tactic (c7.5kg) oddly feels much less than between it and the Raven (15kg). And I’m beginning to realise just how a good a frame it has!

Indecision currently reigns on so many fronts. I love the speed and lightweight of a road bike, but don’t want to be restricted just to tarmac. I can’t handle a bike weight of more than 11.5kg and would like it to be less. And have the ability to hold easily removeable but secure light-moderate luggage when needed (but not all the time!). A 650B tyre size may eliminate the overlap issue of CX bikes but can they be found on CX bikes? A cursory search online suggests that’ll be hard to find…