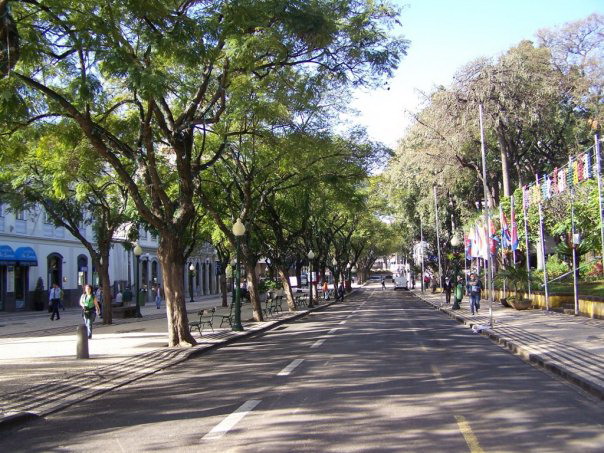 It’s always sad to hear of natural disasters striking places, the more so when they’re places that you’ve travelled through and spent time in. Both Chile and Madeira are two such places for me – each suffering different natural disasters, but both with a significant and serious impact on the people living there.

I’ve been very fortunate to get out to Madeira twice in the last couple of years to photograph it’s first two walking festivals, and although I’d visited this wonderful island before, it was another reminder of how wonderful the scenery is. Which of course, isn’t just about walks on levadas as many people imagine, there are also some amazing mountain ridgeline walks and coastal scenery as well.

But I’ve just heard some good news from the main hotel that I’ve stayed in while on Madeira. Despite being located perilously close to one of the three main rivers that burst their banks in Funchal, André Barreto, the General Manager of the Estalagem Quintinha de São João, reports that although it’s obviously been a scary event for them, they have escaped “relatively unscathed” and that there is a positive side to the aftermath. He says that the Madeiran islanders have gained real pride in their community and nation, especially in the way the whole community is really pulling together to repair the damage done. And although:

Walking through the streets on Sunday was like walking through a war zone – today it is a completely different story.  Bit by bit, our precious Funchal is emerging like a Phoenix out of the ashes.  People are moving in unison, youngsters are striving to clear the debris from the streets, businesses are opening and the sun is shining.  Even the excursions, jeep safaris and levada walks are up and running again so we have hope. (André Barreto, Estalagem Quintinha de São João)

It’s really good to hear from people after such an event, to hear that the community is really pulling together to repair the physical damage, and at the same time fostering an even greater sense of community spirit than was already one of the good things about Madeira.

[singlepic id=444 w=320 h=240 float=left]Although obviously there will be some disruption in places for some time to come (for example while repairs to footpaths are carried out and the need to boil water before drinking while water mains are repaired) it sounds like the whole community has pulled together remarkable well to get the major infrastructure back up and running, including public transport in Funchal, electricity and water supply to the whole island, and road repairs, and I wish them all the best in getting back on their feet.

[singlepic id=170 w=320 h=240 float=right]The best thing that can be done for Madeira now is to visit and see how well things have recovered, as the most important thing now for most of the people and businesses that have been struck by the floods and put themselves back together again, is to be able to earn their living again after such a natural disaster.

The Madeira Islands Tourism website is the place to go to find out which footpaths are affected – as of 23rd Feb, only 7 out of 19 were badly affected, with two of the most popular walks – the Levada25 Fontes and Vereda do Areeiro being listed as in good condition.

And to that end, if you are interested in a photographic trip to Madeira visiting some of Madeira’s secret landscapes over the late summer/early autumn, please do get in touch and I’ll endeavour to arrange a small group week trip out there.