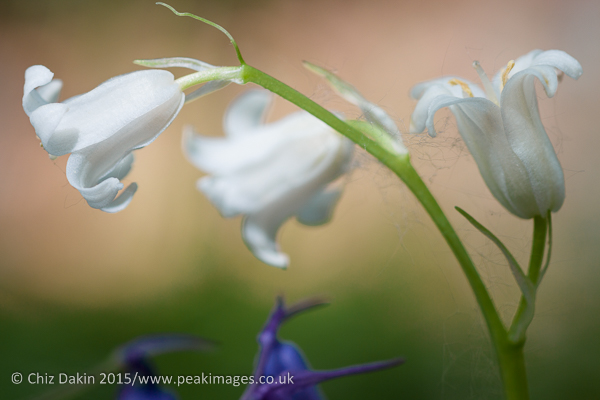 And no, they aren’t just bluebells that have faded in the excess of sunlight we’ve recently been blessed with – there really are such things as whitebells.

It turns out that like many plants and animals, bluebells can come in albino form (ie missing the usual pigment, so ending up white). Typically it’s the Spanish variety (which sadly like Grey vs Red Squirrels is an interloper that threatens our more delicate native English variety) that produces the albino form. 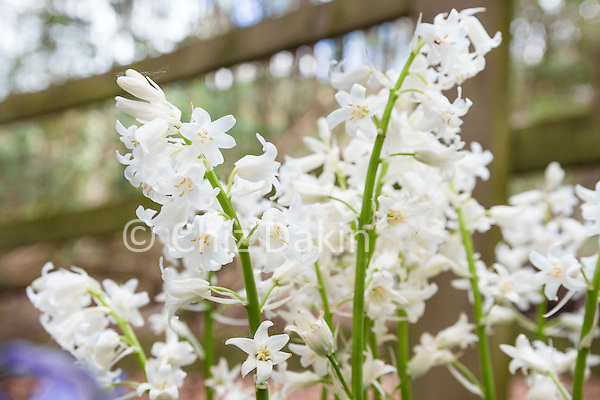 Whitebells – no they haven’t just faded in the sun, they’re a real variant of bluebells! These are the more common type of albino found – unfortunately the more robust Spanish bluebells. (Chiz Dakin)

So when I was out for a run a few nights ago and saw these I was cursing not having any form of camera with me. Usually I at least have a phone camera, but I was travelling particularly light that evening. The next day was very windy (no good for keeping delicate flowers in the frame of a shot), so when I went back yesterday I was really crossing my fingers that they were still there. Fortunately, they were!

The day was partially sunny, and the cloud kept obscuring the sun, but the softer light seemed to work well in preventing the white of the bells from burning out. It was still windy though, although much less than the previous day. Most of the whitebells (there were a good few, along with a couple of normal bluebells) appeared to be of the Spanish variety, or perhaps a hybrid of the two – Spanglish whitebells?

And then I saw this stalk of flowers: 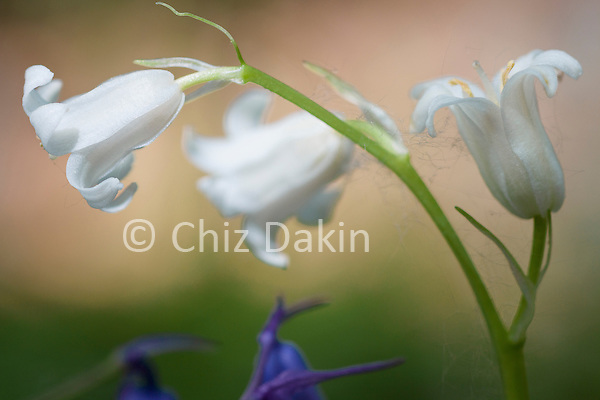 The much rarer albino version of English bluebells (Hyacinthoides non-scripta)? Or perhaps a hybrid “Spanglish” albino bluebell with much more Englishness than Spanishness about it…

To my untrained eye, these look much more like the very rare albino version of the English bluebell. (Much more delicate stalks, and leaves, and a tendancy for the flowers to bow over into a curve, rather than remaining upright on the stalk). Although perhaps they could also be a more English version of a hybrid? Here it was worth some patience with waiting for the sun – just enough to lighten background and the white flowers, but not too much to burn out the detail in the flower.

Whichever version they turn out to be, they were a really special treat, and worth returning with camera for.