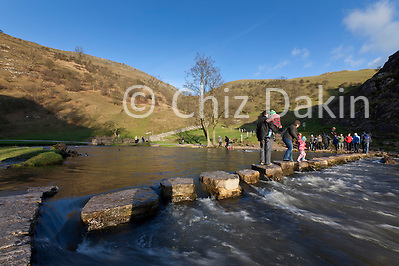 I had the Sigma 12-24mm mk2 lens on loan for a book I’m writing for a few days last week. So I thought I’d write a mini-review of my thoughts on it.

First things first – as with Sigma lenses generally, it comes in a good soft protective case, which is far more protective than the typical Canon offerings. Which is good news for an outdoors photographer like me, who tends to go wandering over rocks and mountains, rather than hide in a studio or indoors!

Compared to more general purpose lenses (which is about as fair as comparing a go-kart with a shopping trolley!) it’s not the lightest lens out there at 700g. But with weight, you tend to get quality. It’s a combination that often causes those of us that value quality to curse, but heavier lenses do have a general habit of being high quality, and this one’s no exception. (It’s also lighter than the nearest Nikon equivalent (12-24mm, Canon don’t really have a direct equivalent, their nearest is 16-35mm) by nearly 300g, so it’s far from the heaviest in its class).

The integral lens hood is a bit of a mixed blessing. While I’m a fan of the Canon 300mm integrated hood, it’s much harder to get one that works well on a wide-angle, without vignetting. Such wide-angle lenses really can’t use any form of filters below about 15mm, at which point, the hood isn’t such a problem (due to vignetting). Increase the focal length to about 15mm, and then it’s a matter of finding a way round the reflections through the anti-vignetting “bites” out of the hood (a microfibre towel is quite handy here, although an extra set of arms is also useful to hold everything in the right place!). The extra lens “hood” that fits over the integrated hood is also a very slick method for removing the lens cap, and looks like it should take an 82mm filter thread for less extreme wide-angle shots.

But, although I’d like to see a way of using a normal size ND filter to extend exposure times of flowing water in bright light or to even out the sky and foreground exposures, the latter is achievable to a fair degree in lightroom, and a polariser is less necessary for the “saturated look” (being such a wide-angle, there is a trick of optics that makes the sky that deep blue so typical of a polarised lens). However, it doesn’t help the polariser’s other main trick of removing reflections, and for that, well, let just say, it’s always going to be a problem! But that really isn’t why you’d buy a lens like this.

In fact, it must be stressed that this isn’t a lens for the newbie to photography. It’s very much a specialist lens and one which needs careful technique. One which will make you get much much closer to your subject than you would with a “normal” wide-angle of say 24mm, as well as really make you pay attention to how you frame the shot. Especially with regard to how lined up you’ve got the camera square to the view as tilting the camera up or down to the view results in quite impressive distortion. Which may be an interesting effect, but perhaps one that should be used sparingly, and taking care to line things up will pay better rewards! But used carefully, the results are awesome, and well worth the inherent issues with such extreme wide-angle lenses (the Nikon fares no better on use of filters, for exactly the same reasons).

It seems to be exceptionally good at corner sharpness (which is always hard for extreme wide-angle lenses) from 15/16mm upwards and seemed reasonable on the 12-14mm shots I took. Although it was noticeable that round about 15-16mm seemed to be my preferred focal length in the field – wide enough to be ultra-wide, without including scratching the front element on your subject (ok, I jest, but you need to be inhumanly close to your subject at 12mm, and that takes some getting used to!), getting unwanted elements in the view (while you’re adjusting to being that close to your subject) or suffering too badly from wide-angle distortion if you wanted an angle that wasn’t completely lined up square to the view.

Ideally I’d like to see it be a bit faster – f/4.5 is quite slow (the Nikon 14-24 is f/2.8, but doesn’t go as wide as 12mm).But in the real world, 12mm is seriously wide, and to get f/2.8 at 12mm would make it extremely large and heavy). Perhaps I’d personally prefer the trade to be 14-24mm and slightly faster (wider aperture), but that’s perhaps called the 15mm f/2.8 rectilinear corrected fisheye lens… (Which is lighter, although not a zoom). With the 12-24mm though, to get a field of view of 12mm, without going fisheye, is seriously impressive!

But for all the fact that it’s a lens that will make you think and need to use with care (it’s really a very specialist lens), this is also a lens that I really don’t want to return! There’s some views that you simply can’t get without it, and it’s edge sharpness edges as wide as 15mm is astonishing. For shots like getting the whole of the stepping stones at Dovedale (above, at 15mm), there’s really no substitute! Mr Bank Manager, can you extend my over-over-draft please?