Just a quick post to say that my first talk including video seemed to be a success last night. 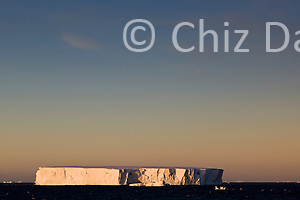 Despite starting off with an initial worry when my husband appeared to have brought everything in, yet there was no projector obvious anywhere…(!) (I usually borrow one of his work’s projectors for such events). But all was ok on that – apparently the club has a high quality projector, and Mike would be bringing it along soon. Initial panic subsiding it was now time to connect everything together, and hope that the computer speakers that normally reside by my main PC wouldn’t have objected to being wrenched off their perch and dragged out to the Royal Oak of Ockbrook’s lecture room to plug into my laptop! (They were fine.)

It was a fairly low-key event to my local climbing club (the Oread Mountaineering Club). It had been billed as a talk and photos about Antarctica – in particular my trip in 2009 half-way around Antarctica from the Peninsula to the Ross Sea. But I was reminded a few days before the talk that I had both pre-beer-break and post-beer-break slots on this talk, and that particular talk is perfectly timed for a single slot, rather than a double one.

But I’ve been itching to see how my last years worth of video efforts are perceived by others, so took along a few short videos to show as well – first of all the very hastily thrown together clips from the ski mountaineering trip to attempt the Shackleton Traverse in South Georgia (which I put together in 36hrs after getting back on the boat to show the other passengers – it still needs a lot of work doing, in particular some narration, but as a presented talk, that’s a minor issue that can be solved with talking around the footage on the night!) That seemed to work really well, and the subject of the video (being a significant mountaineering challenge) was clearly of great interest to the audience. It also displayed well on the projector, despite being only SD format (it will end up at HD as that’s what I shot it in) which was interesting given that the later HD videos (which I’d assumed would be better on the projector) didn’t display so well… 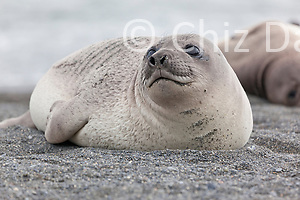 I also put together a very rough set of clips of king penguins at Volunteer Point in the Falkland Isles and seals being alternately sleepy or fighting on the beaches of South Georgia and the Falklands. Sadly it looks like there’s a technical issue showing HD footage on a 1024px projector, which (in my haste to put together an unpaid talk) I’d overlooked,  but the footage was still appreciated. A useful lesson learned in a friendly environment that video on a projector is much less forgiving of differences in resolution between the projector and the footage than is the case with photography!

Update: 3/2/12 Have discovered a likely reason for HD video not displaying so well. It seems I need to export them at a much higher bitrate than Vimeo recommends. Looks a lot better on my PC screen, which in turn looked a lot better than the projector. Shame it also means the filesize is nearly double too – but that goes a long way to explaining the “pixelation” I was seeing on the projected versions, even if I still can’t quite get my head round why the SD footage (surely at a lower res) didn’t have the same problem… (It may well still be something to do with the footage having to be exported at the same native resolution as the projector to avoid up or downscaling issues…)

Finally, I’d discovered some footage earlier that day (while searching for something totally unrelated) that I’d mislaid for over a year – my first serious attempt at HDSLR video at the Oread annual fireworks event in November 2010. When I originally returned home with the footage, I initially had no idea how to use video editing software (it’s been a steep learning curve since then, but a very worthwhile one) and seeing a button marked “instamovie” decided to try it… Well, the graphics are horrendously cheesy, and the music very repetitive but it actually taught me a fair bit about transitions, and was a useful early experiment. One day I’ll get round to taking the footage and editing it properly with my much improved skills in that respect. But in the meantime, the cheesy version’s here.