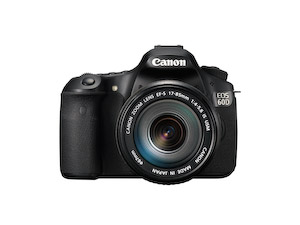 Home » Photography » Canon’s EOS 60D sports the first flip-out and swivel viewfinder on a Canon SLR camera
Remember Canon’s G6 high-end compact camera way back in the early years of the Noughties and it’s innovative flip and swivel viewfinder? And just how useful that was for framing awkward shots where the camera would otherwise be pressed into a riverbank, hedge, building, tree? And then the G7 came out, and it seemed that was it for Canon’s brief foray into the world of easy-angled viewfinders. Never mind the howls of protest from those that had enjoyed the G6’s ability to frame shots in awkward places without having to guess and review to get the angle right, this wasn’t to be seen on another G series camera since. Fast forward a few years and Sony’s a33 and a55 have just pipped them to the post in the dSLR flip and swivel viewfinder race; despite that Canon’s new 60D still looks an interesting addition to the range. 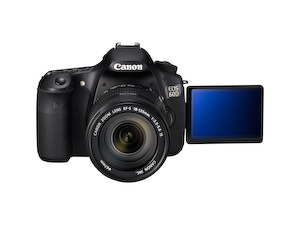 So what does this new addition have to offer? First things first, it’s not a direct replacement for the 50D. Since the 50D came out, the 7D was introduced as a “semi-pro” addition to the range, and many wondered what that meant for the xxD range as it retails for a similar figure to the 50/60D. Well, it seems that despite the addition of the novel flip and swivel viewfinder, and some “trickle-down” features from the 7D, such as the iFCL metering technology and expanded ISO range, the 60D has been positioned a little bit down-market from it’s predecessor 50D.

Key features and benefits of Canon’s 60D – the expected features

Certain things are really just expected in this camera:

The 9AF points may seem a tad miserly to some, given that this is no improvement over the 550D, but the addition of a more accurate focal point in the centre is a slight improvement over the 550D. (Though it begs the question why all the focal points can’t be made more accurate! No doubt there is some boring technical reason why, but Canon – the central AF point isn’t always the one you need to AF most accurately on, especially when using AI-servo mode!) Will the 7Dmk2 (or whatever it’s called) bring enhanced AF to all points…? Only time will tell!

Key features and benefits of Canon’s 60D – the new features

It’s a shame that AF micro-adjustments don’t appear to be enabled on this body – that’s a very useful function on the 5Mk2, and enables lenses at the edge of Canon’s “acceptable specification” to be made significantly sharper if you don’t end up with the best copy of the lens. 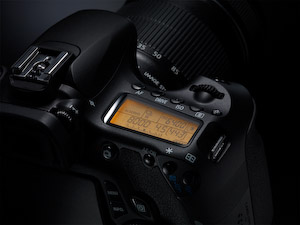 With Sony’s recent a33 and a55, and the multitude of mirror-less interchangeable lens cameras entering the market, the competition for the mid-range dSLR market is hotting up. Canon’s 60D is a worthy entrant, and among its new features, the fully-articulated electronic viewfinder is clearly one of it’s unique benefits.

Is it worth spending the extra cash over the 550D? Probably, if you want the swivel viewfinder, integrated wifi flash controller, ability to shoot HD movies or are a travel photographer who likes the ability to assign ratings to your shots in-camera.

This is the first of what I hope to be a new series of reviews on photography and outdoors gear. Please help support my time in creating these reviews by using the following links if this is a product you are seriously considering purchasing (I gain a small percentage of any purchases you make using this link at no extra cost to yourself – many thanks):