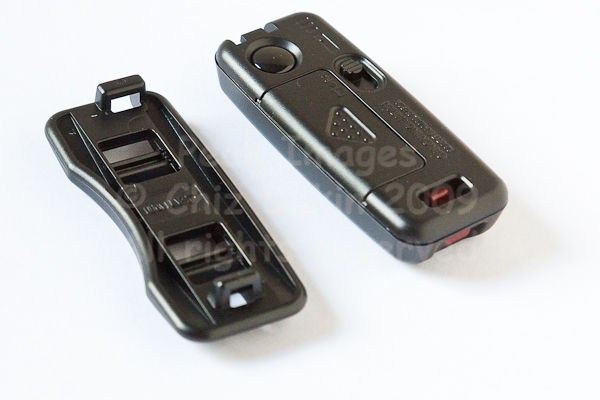 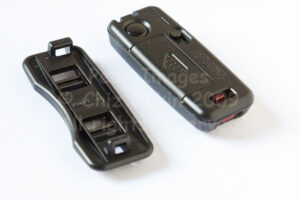 Well that now seems to have changed 🙂

The Canon RC-1 Remote Control works with the 5D Mk2 🙂 Although I’ve always thought that this type of remote only worked for film cameras, and indeed it’s often advertised as only for older film SLR cameras, I recently came across an advert saying this little gadget (and at no more than 6cm long, it’s tiny!) worked with the 5D Mk2. And Canon’s own site seems to back that up!

At only £20, I thought it was worth a try, and so it arrived in today’s post. Having just got it out of the packaging I can confirm that it does indeed appear to work with the 5D Mk2.

It’s only of use within 5m of the camera, and additionally it can only be used on a direct line-of-sight, but with those limitations, using it would have made some recent attempts at self portraits an awful lot easier. (It’s a long story – a client wanted some pictures of me wearing their clothing, meaning I had to be both model and photographer at the same time -no easy feat when you’re on a mountain ridge!)

Will update this with more news when I have played with this little gadget further!