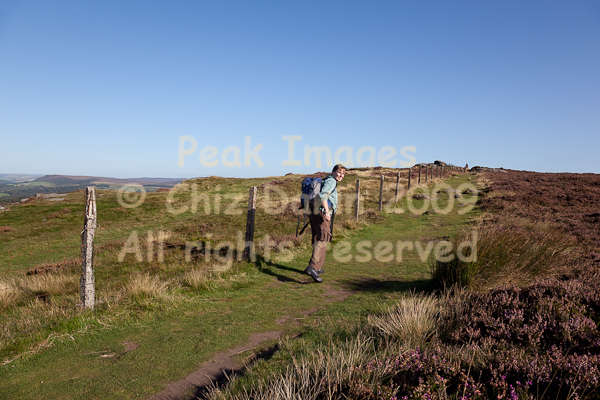 Home » Photography » Canon Remote Control RC-1 Review – update
I promised an update on the Canon remote control when I’d used it a little more, and here it is.

At first I was really excited by this new gadget. It’s really small, lightweight and looked like it should be a major step up from either using the timer, or the timer wired control. But it’s not quite as good as I’d hoped. It is useful and will stay as part of my kit, but with some definite limitations.

It’s great that it works with the 5D mk2 and also the 450D. And indeed it should work with any Canon that has the remote symbol displayed next to the 10s timer when in that mode. But that doesn’t include my G9… Quite surprisingly really. 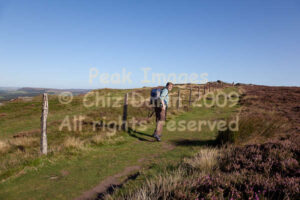 The distance that the 5m remote allows you to get from the camera is much less than with the 10s timer.

It’s also really useful when hand-holding filters in front of the lens (I don’t like using filter holders as a rule – they cause as many problems as they solve), and when shooting long exposures or with a long lens – when you don’t want even the touch of your finger on the shutter 2s before the exposure starts risking setting off any vibrations.

I was shooting the Big Wheel in Derby City Centre last night, and it was very useful there. No long dangly control to wrap itself around the tripod legs, possibly causing vibrations, no large control to freeze the hands with between exposures. Just a tiny gadget that sits quite happily in a pocket when not firing off the start of the exposure. I also saw great potential for using it with street photography – it would be very hard for passers-by to know when you are (or aren’t) taking any individual image. 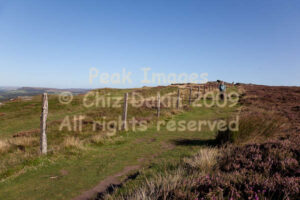 But to get back to the reason I wanted this remote – it was to make it easier to take self-portraits on walking routes to illustrate magazine and guidebook articles with. Well, sadly it’s not as much help there as I’d hoped. Why? Two reasons.

Quite simply 5m maximum range ain’t enough. Not by a long shot. Although I’ve tripped over more times than I’d care to count trying to beat the 10second timer delay to where I need to be in the image, that 10s gets me a lot further away from the camera than 5m. And that makes a difference. Ok in this example image on the right, I probably don’t want to quite as far as 10s time can get me (9s is probably about right), but the ground is very easy going here. And that’s still more than 5m away. However, where the terrain is more difficult, 10s is very rarely enough and I still need more than 5m distance – particularly when I’m setting up a scrambling image, rather than a walking one – or, for another example, walking across the stepping stones at Chee Dale in the Peak District.

The other reason is that on a wide-angle lens, say 24mm, the diameter of the lens is sufficiently wide as to make it hard for the remote sensor to “see” the remote signal. This is particularly so if you want to place yourself (the walker) in the left hand side of the image. Which is quite often. More than 50% of my walking self-portrait shots I’d say.

As I said at the start of this review, it will stay as part of my everyday kit. It’s useful for short range work, where hands are full of other things such as filters or flashguns or reflectors. It’s also useful for long exposures and with long lenses. But I’m still looking for one that has a range of nearer 20m for a similar sort of price – that would be much more useful for walking images!