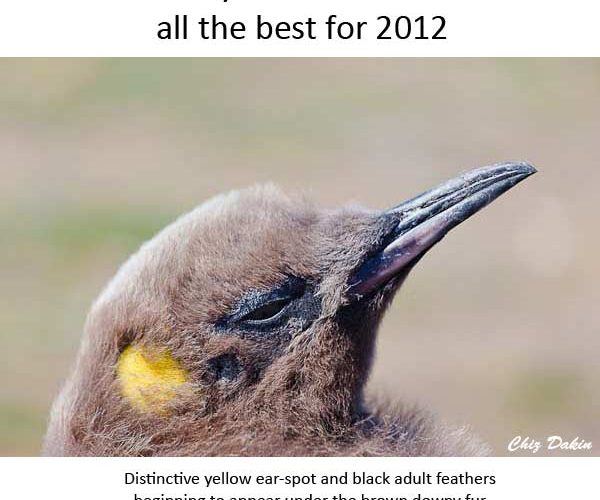 Home » Other » Merry Christmas and a Happy New Year!
As you may have guessed from earlier posts I’ve been out of the country for a bit – tackling the Shackleton Traverse in South Georgia. More of that later, but apologies it’s been a bit quiet on here recently – that’s why!

Before heading out on expedition though, I was determined that I wasn’t going to pass straight through Stanley again (as happened on my previous trip to Antarctica when I’d hoped for a landing from the boat, but this proved not to be an option). So to ensure I got to see some of these fantastic Falklands Islands I arrived on the previous flight – a week early as it only flies on Saturdays. (There is an alternative flight from Brize Norton direct, but as the Santiago-Stanley flight was included in the price of the trip, it made the direct airbridge too expensive to use).

And so was able to see the awesome wildlife at Sea Lion Island, Carcass Island (both walkable size islands) and West Point (Albatrosses) and Volunteer Point (King Penguins) in the relative peace and quiet of a privately arranged trip – a luxury which was to be appreciated when compared with landing with 100+ others off a boat on a fixed schedule!

Back home just in time for the grey weather and chaos of just-before-Xmas travel! But it’s been a pretty amazing year with two books being published, being published in the two major walking magazines (TGO and Trail) and learning a lot about video-making which hopefully culminates in a successful (if short!) expedition documentary of the ski-mountaineering trip over Shackleton’s Traverse.

And so to wish you all a very merry Christmas (yes, I usually do a Winter Solstice card –  but I just wasn’t back in time this year!) and all the best for a great 2012. Here’s hoping for some great weather for making photos and photography workshops, and for more video opportunities!