Skip to content
Home » Other » News (Outdoors Industry) » Peak Images and Chiz Dakin In The News » Outdoors Photography on Radio Derby today with Ian Skye
Just got back from chatting to Ian Skye (sitting in on Aleena Naylor’s spot) at Radio Derby about outdoors photography in general and my recent trips to Antarctica, South Georgia and the Falkland Isles.

He was really friendly and enthusiastic, making it easier to chat live on air (even about subjects that naturally make me all enthusiastic and excited!) than I’d expected.

We talked about all sorts of things (I’m probably quite hard to keep on topic!) but a couple of things I didn’t get to mention were the other more active side of outdoors photography – walking, mountaineering, cycling and other similar sports outdoors or my ski-mountaineering trip over Ernest Shackleton’s final route to rescue in South Georgia – it’s hard to fit so much in in just 10mins! I’ll write more about the SG ski-mountaineering trip later, but there just may be a very short film in the works on that too!

I also didn’t get a chance to mention the great work that the S Georgia Heritage trust are doing with their rat eradication program (it’s the largest area ever attempted to be freed from rats – roughly seven times NZ’s sub-Antarctic Campbell Island (which I visited in 2009), previously the largest island ever cleared of rats) – and it has to be done before climate change causes the “rat-proof” glaciers to retreat too far.

A F9 gale as we crossed the Drake Passage - shot from behind the bar windows, some 5 stories above the deck and a long way back from the bow!

If you’re looking for some of the images we chatted about – images from my Antarctic trip are already up on my website, but I’ll be pulling out a few from my South Georgia/Falklands trip this afternoon and (hopefully) posting them by the end of the day – so if you’re looking for the shot of the Antarctic Fur Seal seal with really soulful eyes and “such sharp focus”, apologies – that one’s not yet up there yet (I haven’t yet had time to even look through all the images I took while away, let alone process them – they were printed straight as off the camera for Ian this morning!), but you could look for the shot of the really rare Ross Seal I took on the 2009 Antarctic trip – or those really cute fluffy teenage Emperor Penguin Chicks on the pack ice, and the fur seal will be one of the first up from this afternoon’s batch!

Or for info on my photography workshops/holidays – I currently run them in the Peak District (restarting in the summer for group trips) and Spanish Sierra Nevada – with a special offer of a 3 day weekend trip in February to Spanish Sierra Nevada for £330 (from Malaga, budget flights arranged independantly), and I’m currently considering whether to run a short weekend to view the Northern Lights in Norway this spring – get in touch if this might be of interest!

And my two books published with Cicerone are Outdoor Photography and Cycling in the Peak District and my Antarctic photo-book is self-published with Blurb.

Update – the first few South Georgia images now online (click on the large image of the seal with “such huge soulful eyes” below to see the rest in the gallery): 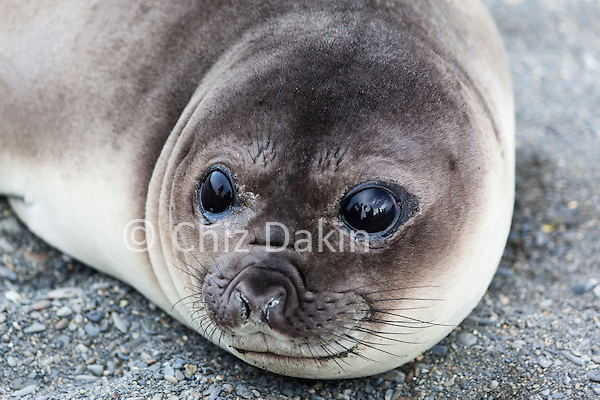