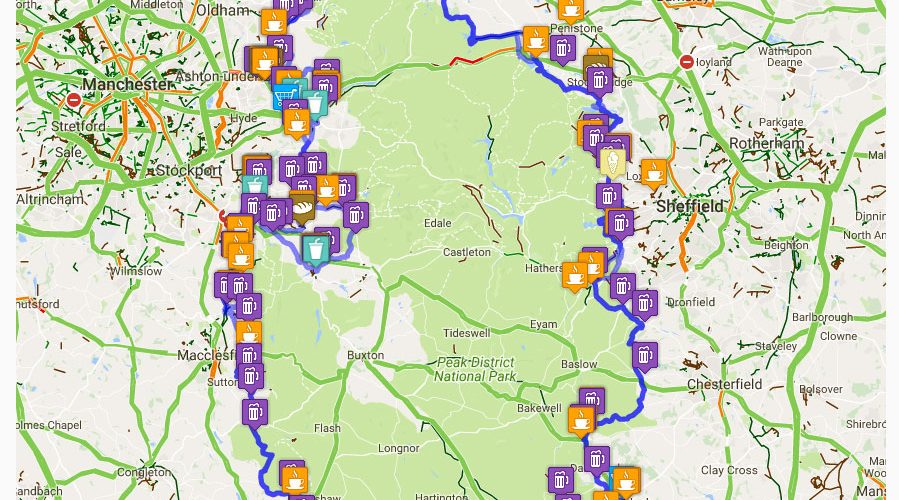 In advance of the launch of the new edition of my Cycling in the Peak District guidebook, I’ve been playing with mapping options in wordpress! And have figured out how to show all known refreshment stops along the lines of the Tour de Peak District cycle routes (both the main semi-off-road route and the new “road” version).

While testing out the routes for the book, it became apparent that there were a few areas, particularly on the eastern moors and in western urban areas (where residential streets form a better path than busy main streets) where it could appear that there were no refreshment stops along the way. Yet not far from the route there could be more options than I’d ever be able to describe in the book!

So this is an attempt to keep a semi-updated listing of all known cafes and pubs near the route, with the occasional ice cream parlour, bakery, snack shop or supermarket thrown in. Just click on the map image below to take you to the interactive version! You can scroll the map, zoom in and out and clicking on the icons brings up a box with a link to google directions and also a link to the place’s website if one is known. 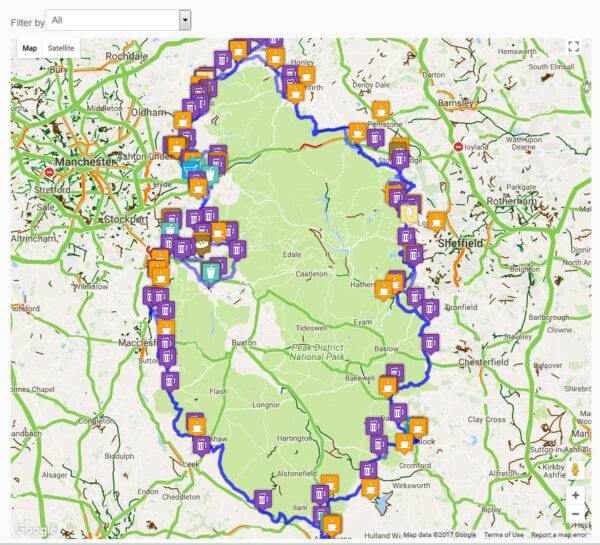