Home » Cycling » Cycling in the N York Moors
The N York Moors are well known to me from childhood as a place my dad used to like to drive my nan out to in winter. When the snow was piled up 2-4m high beside the ploughed road in winter (yes, they really did have proper winters back then!) And in summer he’d try and scare my nan with a drive up Rosedale Chimney bank.

But as I was always in the back seat of a car I never really got to know it that well. Certainly not well enough to be able to describe any individual named location to anyone, even though it was also effectively my local wilderness as a child where I roamed for what seemed like miles (probably no more than a mile or two!) across whatever random heathery plateau top my dad had decided to stop the car at.

My nan died a long while ago and to my shame I’ve very rarely been back to the moors since. So when a chance came to take the bike there it seemed too good an opportunity to miss.

It wasn’t the best weather of course…. We’d already had a week or two of high pressure and the Easter bank holiday weekend was just guaranteed to make sure that ended!

So we started out from Pickering under grey skies, with a constant threat of drizzle, which instantly turned a bit more determined as we set out. But nothing more than our lightweight waterproofs could cope with.

We headed across town and northwards up through Newton and Stape. We had a bit of discussion about the way northwards as the roads appeared different on each of our maps (Hubby being wedded to ancient paper OS 1:50k maps, me with modern OS 1:25k electronic maps on Viewranger). Eventually modernity proved to be more accurate 😉 and my way went through.

We encountered the first of a series of fords along the way to Wheeldale Bridge, but these were dry. The undulating terrain along Keys Beck Road was surprisingly tiring though. 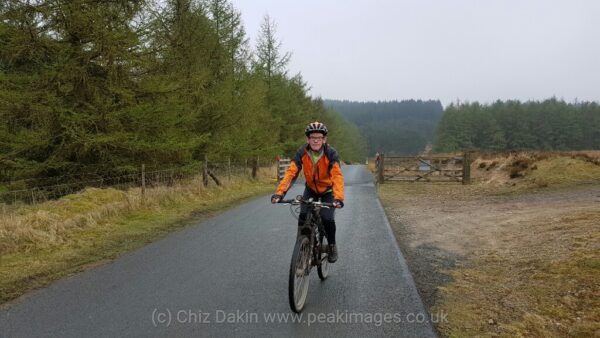 Two further fords though we’re rather deeper, the second (on Wheeldale Road) was decidedly footwetting if taken at a moderate downhill speed! Although despite cold and wet feet from that point, it wasn’t possible to go too fast through it as the surface was hard to comprehend u till very close (it looked like rough loose lumpy gravel but was in fact wide-set cobbles – something to beware of on a narrow tyred road bike!) 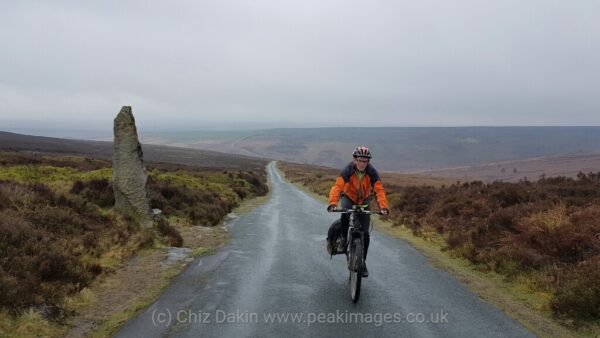 It was still being decidedly damp so we decided wed earned a car at Egton Bridge or Grosmont. A quick online search suggested Grosmont had the better chance so we forked right and across a gated road. It was a fast descent into Grosmont, broken only by a list cyclist who’s GPS had just broken and needed route advice and a rather deep ford on the edge of Grosmont that we decided discretion was the better part of valour in not crossing (about 30cm deep! Defo one for wet feet as a minimum!) And wimped out and took the footbridge instead. 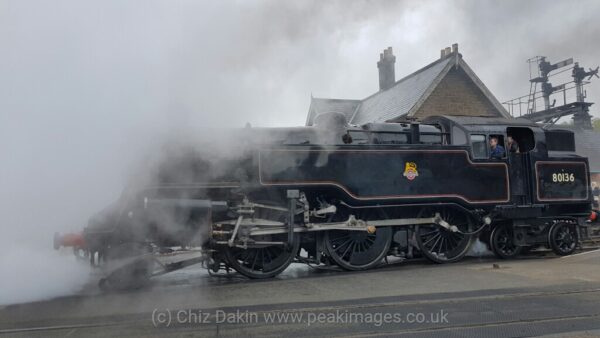 The steam trains were busy at Grosmont and the Old School cafe was hard to find (on the pth towards the engine sheds. But was well worth finding when we did. We enjoyed warming up near the woodburning stove while eating a fab panini and coffee/cake and tea.

All too soon it was time to move on.  We found a track which looked like a former road, then from Egton Bridge the climb back onto the moorland plateau began in earnest.

Passing through the hamlet of Delves a spoof sign made me laugh: 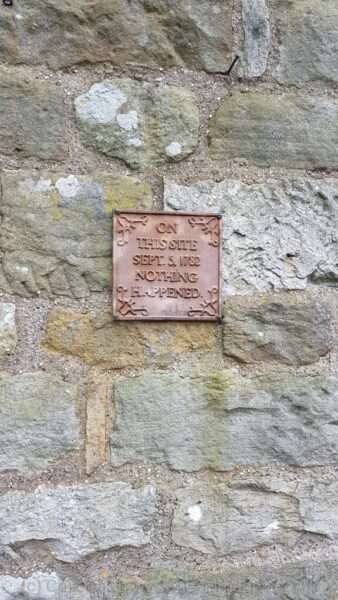 And then the road steepens.  I’m not convinced it really was 1:3 (or 33% as the sign claimed) but I could easily believe 1:5 possibly even 1:4 on the steepest inside bends of the hairpin sections. Amazed I got up with out stopping or putting a foot down but it was tough! Glad of my newly learned heels down technique on that! 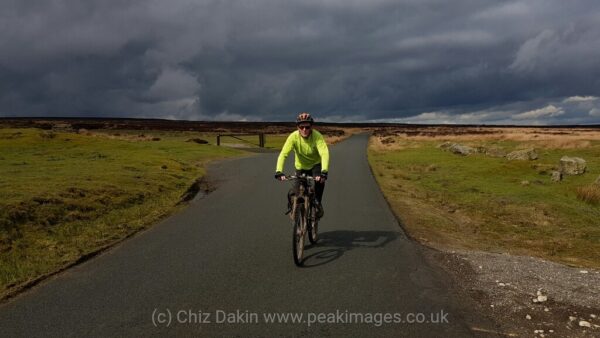 The sun briefly came out over the moorland on the way to Hamer Bridge, looking quite moody against the dark sky.

All too soon we had to decide whether to go for a second cafe in Rosedale Abbey) or the more direct way. We’d made much better progress since Grosmont, despite the head wind, and I was out of drink so treated ourselves. 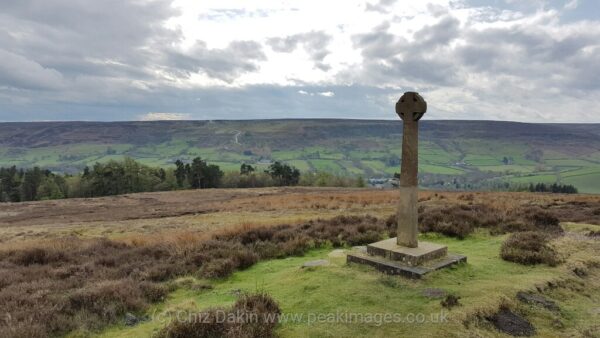 I was only planning to have a drink. 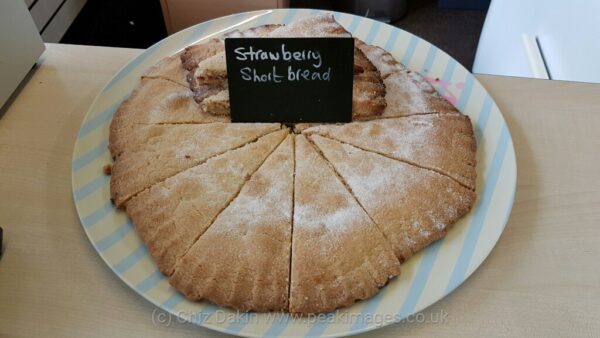 But the Strawberry Shortcake looked far too tempting! (It was even tastier than it looked too!)

We debated a further detour up Rosedale Chimney Bank (I would like to know if my current gears are capable of getting me up a sustained 1:3) but realised we had further to get back than I’d mentally expected from there. 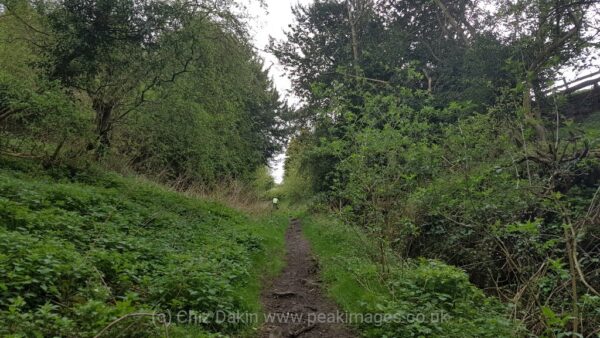 A few more undulating roads with a short detour up a slightly rough byway by Cropton castle (which made the tarmac ascent after feel positively easy in comparison!) then a good sustained descent and before we knew it we were back in Pickering.