It has long been thought that penguins only exist in the Southern Hemisphere. With a few exceptions such as the Galapagos Penguins, very few species are found outside of Antarctica, and then only in sub Antarctic islands such as South Georgia and Campbell  Islands, or New Zealand and Southern South America. 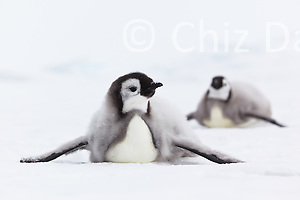 It has long been thought that two factors keep them locked in the southern latitudes – temperature and polar bears.

Temperature prevents penguins from crossing the Equator – designed for the cold Antarctic waters, they simply can’t tolerate the heat of tropical seas. The Galapagos penguins are a rare anomaly due to the presence of the cold Humboldt current which sweeps cold southern waters past the Galapagos Islands. Even if they were to find a way of crossing the heat of the tropics, it is thought that the northern Arctic-dwelling polar bears would be too formidable a predator for penguins to survive, let alone thrive in the cold waters of the north.

But that was before a significant and highly unexpected discovery on a tiny outlier of Shetland. A tiny colony of penguins thought to be a variant of the shy yellow-eyed penguins (most commonly found on New Zealand’s mainland and sub-antarctic islands) has been found on Grunka Hellier, making them the world’s most northerly penguin species. The colony has provisionally been identified as a new subspecies of Megadyptes Antipodes, provisionally called Megadyptes Shetlandii.

This tiny outcrop of Grunka Hellier is on the west coast of Unst – the most northerly of the many larger islands making up Shetland. Until now the island of Unst has been better known for Shetland ponies and the birdwatching paradise of Hermaness National Nature Reserve, but this new discovery puts Unst centre stage on the world map for rare species, with the discovery of the world’s most northerly penguin. 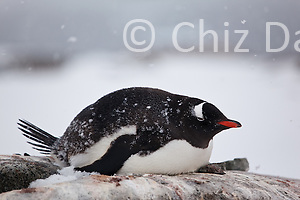 April Dwaas of the SSPB (Shetland Society for Preservation of Birds) commented “This is a really significant and totally unexpected discovery. We are delighted to discover that we are home to the world’s most northerly penguin colony, and that they appear to be a new sub-species of penguin previously unknown. It is perhaps not surprising that they seem to be most closely related to the yellow-eyed penguins of New Zealand, as these also are shy penguins who like a less Antarctic climate than their more southerly cousins such as Gentoo, Adelie or Emperor Penguins.”

Published 1st April 2010… (As far as I know there is no SSPB (Shetland Society for Preservation of Birds) the RSPB does that job! And Dwaas means fool in Dutch 😉 ) But for the first few images from my trip to Antarctica and some cute penguins – check out my Antarctica gallery!