For those of you that haven’t heard of this, Pecha Kucha is a Japanese invention. A slideshow with a difference. Each presenter gets to show 20 slides for 20 seconds each. Short and sweet. Variety of subjects and presenters (often 6-8) at each event. Oh, and no commercial sales talk allowed. That’s all the rules! 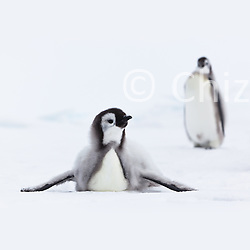 I’m going to be showcasing 20 images from my once-in-a-lifetime trip to Antarctica, semi-circumnavigating the west and south coasts of this awesome continent. Expect to see really cute penguins (one of them has a heart-shaped moulting pattern!), icebergs and I may even add some shots of the historic huts used by Shackleton and Scott in the “heroic Era” of Antarctic exploration.

And despite it being a real privilege to get a place on the icebreaker I went on, it’s sadly a trip that quite possibly isn’t an option for anyone right now. The icebreaker I sailed on is going back into industrial use as of Mar 2012, and her summer 2011 Arctic season was cancelled. Which obviously draws some questions as to her final Antarctic season. And as far as I know, no other passenger ship is currently capable of venturing into such remote and icy territory. The sort of territory where pack ice extends 300 nautical miles off the coast, and the next nearest boat or research station is 1000 nautical miles away!

I have created a book via Blurb for those that are interested in seeing more – or come to the Pecha Kucha event to see some stunning images on a large screen!