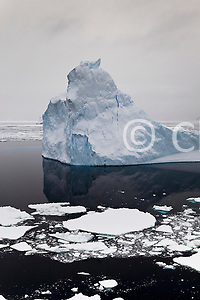 It’s been a long time coming, but I’ve finally put together a photographic book from my Antarctic trip around the southern and western coasts of Antarctica in Dec 2009. This was an epic trip – in name and nature – a semi-circumnavigation of Antarctica from Stanley (Falkland Isles) to Christchurch (New Zealand) via the notorious Drake Passage, Antarctic Peninsula, the Phantom Coast (including the extremely remote Peter 1 Øy), Ross Sea and NZ owned sub-Antarctic isles of the Southern Ocean.

On the way we visit former whaling stations, penguin colonies (Emperor, Adelie, Gentoo and the shy Yellow-Eyes), historic huts of the Heroic Era of Antarctic exploration (including Shackleton’s and Scott’s), the longest ice shelf in the world and break through thousands of miles of pack ice, ice floes and polynyas (open water between pack ice).

We get chased by aggressively territorial sea-lions in Enderby and Campbell islands, hear the raucous squabbling of neighbouring Adelie penguins at the largest colony in the world Cape Adare, and discover that penguin colonies don’t smell anywhere near as good as the individual penguins look!

We endure a rough crossing or two on the Drake Passage and Southern Ocean, realise that 24hr daytime doesn’t always mean 24hr sun, and rediscover rain in Enderby.

This book is more than just a photo-record of the journey. Although the images stand-alone in their own right, I’ve tried to add in useful information about the places we visited – both historical and natural history of human and wildlife activity and to give a real feeling of what it was like to journey across such a seriously remote wildnerness.

Available to order direct from Blurb, it’s priced at £18.95.