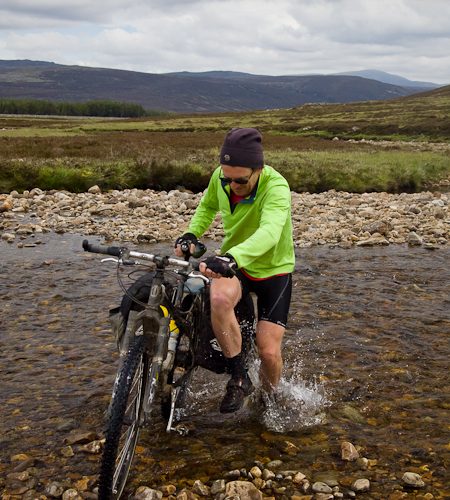 Home » Photography » An impossible quest pt2: searching for the holy grail of camera design
This second article in the series is proving hard to write. I had high hopes for the camera I’ve been testing, and although it was inevitable it wouldn’t compare perfectly with my Canon 5mk2 + L series lenses, I real hoped it would be good enough to produce publishable quality images up to at least A4, even A3, in a small and lightweight package.

And, in part, it can. But there are also a lot of other times when it doesn’t really do justice to the scene in front of me. Some of that is undoubtedly down to user error on it’s main testing trip – it’s hard to get any sort of pic, let alone professional quality images when you’re riding with folks who are both technically more competent and faster uphill than you. Especially over rough mountain terrain that’s seriously stretching the bounds of what you’ve previously considered rideable. (Though fortunately the speed demon in me makes up a lot of ground on the not-totally-technical downhills, which helps a lot!).

But that’s precisely the reason I started looking at what small and lightweight cameras are capable of – to cover the kind of photography where I’m pushing my own cycling (or indeed mountaineering or skiing) skills to the limit, with folks that don’t want to hang around while I catch up, let alone waste more time “faffing with that camera”(!). Where the extra weight and bulk of an SLR is actually the difference between being able to complete a tough challenge of a trip with a tired but happy smile at the end, or just that final straw of weight that turns the trip into a serious “just hang in and endure it” battle.

The camera I’ve been testing was the Olympus E-PL1. Not the most recent of cameras (released in 2010), and one that’s generally reviewed as a step-up from a compact rather than a step-down from a DSLR. Which is precisely why I felt it has perhaps been flying under the radar a bit.

The E-PL1 has got some seriously good points – it’s a versatile camera in a very small and lightweight package. And that lightweightness really can’t be underestimated. Being able to put the camera plus two lenses in a bar bag means I wasn’t forced into carrying a rucksack for a tough multi-day ride. (And where it got really rough, it’s actually small enough to stick in a couple of reasonably sized pockets!

Both the 12-42mm lens (that’s 24-84mm in 35mm equivalent terms) and to a lesser extent the 40-150mm (35mm equiv 80-300mm) lenses can be extremely sharp. I do suspect that some of it’s ability to be very sharp (even in RAW images) is down to the lens being able to provide good local contrast on edges (like the kind of sharpening that the “contrast” and “sharpness” sliders in Lightroom/Adobe Camera Raw add later). But regardless of how it’s achieved, it’s a definite positive.

It’s also got a really good ability to minimise depth of field – a serious plus in a camera this small. And one that sets it well apart from any compact I’ve ever handled. In fact in first tests, it was capable of such minimal depth of field it rather took me by surprise!

Of course, that’ll be because the E-PL1 isn’t a compact camera. It’s based on the micro four-thirds system, and although that means its sensor size is slightly smaller than the majority of DSLRs out there (which use the APS-C format sensor), the difference between it and APS-C is far smaller than the difference between it and even the largest of compact camera sensors.

And the minimal depth of field is a major plus compared to my G9, which it’s closest to in terms of weight and bulk.

There are some downsides – the user interface takes some getting used to, especially for someone used to the dials of a DSLR. Having said that, it’s far from impossible to use in a moderate hurry, once you get some basics learned – such as the double press of the up button to start changing the aperture when in aperture-priority mode. It’s autofocus can be fairly slow to lock onto targets, and that does draw into question it’s use as a serious action camera, but conditions were far from good on most of the trip away. Likewise, it wasn’t outstanding at handling images with very high contrast or deep shadows – but on the positive side, in practice the shadows are more likely to become very noisy than the highlights blown out. And noise levels become fairly difficult to rescue in software afterwards at about ISO 1600 – it’ll be very interesting to see how far the about-to-be-released E-PL3 addresses that. (Early reviews suggest quite well). I’m also still unconvinced about the default colour rendering, especially on greens – but some use in better weather conditions will help explore it’s true capabilities there.

One surprising disappointment for me, and despite rave reviews elsewhere, was the (separately purchased) VF-2 electronic viewfinder. In my opinion it’s a waste of space and money – at least for mountainbiking photography (but see my update for other uses, as I’ve changed my mind with more use). At £200+ it’s not cheap, and for that amount of money I expect a rather less grainy view in reasonable light. It’s ability to tilt 90degrees is useful, for static shots, but that’s less relevant when doing active cycling photography. Far more importantly though, it changes the bulk and shape of the camera, making it hard to get in and out of a moderately sized camera case with any degree of speed. In fact I’d go as far to say that it changes a camera that’s otherwise small enough to stow easily into an awkward beast. I took it off after nearly losing it a few times on the first day, and haven’t yet felt an overwhelming urge to put it back.

The smaller size ironically, despite suiting my small hands very well, may also contribute to it’s less than stellar sharpness on occaision – it may be I have to learn a different way of holding it as the lack of weight and bulk may be effectively giving a lack of image stabilisation!

I’m not going to make this a really in-depth technical review – it’s getting too long already! – but suffice to say that despite having shelled out my own money on this camera, the verdict for me is still unclear.

Can the E-PL1 compete with my 5mk2? For the majority of shots it’s not even close, but then that’s not really being fair to it – a £280 camera/lens combination should be outclassed by a £3000 one!

Can the E-PL1 beat my old G9? Yes, and in my opinion it beats it quite significantly – especially when dealing with moderately high contrast, moderately high ISOs and most importantly, minimal depth of field allowing blurring out of backgrounds. The interchangeable lenses also mean that I can carry a useable 300mm (35mm equiv) length lens without any weight penalty. It’s no heavier and very little bulkier in feel than the G9 (can’t do a direct comparison as I’ve no longer got the G9), but offers significantly greater benefits at a lower price.

Can the E-PL1 replace my 450D? Now there’s the nub. I actually feel it ought to be capable of replacing it, at least for images up to A4 in size, but it’s going to take a bit longer to get to know it better, to really find out whether I can really get the performance out of it on a consistent basis that it feels capable of delivering on occasion. I do feel that perhaps the vastly smaller size, enforced preying mantis position and not entirely intuitive menu system will take more getting used to than I’d hoped for. The drop in quality from my 5MK2  (and the lack of a viewfinder) may still be a compromise I’d live with, if only the results were consistently strong enough, for the very significant saving in weight and bulk over the 450D. Only one way of finding out – I’ll have to play with it some more!

But as for a score in terms of the holy grail of camera design: