Skip to content
Home » Photography » A long weekend in Jersey with the OWPG
I’ve recently been in Jersey for a fantastic long weekend, with the Outdoor Writers and Photographers Guild (OWPG), doing everything from participating in a course on how to develop apps, to running an introductory video course, to walking more than a mile offshore on the sea bed and travelling on a very fast boat (a RIB with 2x200hp engines – very speedy!) to a RAMSAR wetland site.

It was quite unusual as it’s the first weekend where the OWPG has ventured away from mainland UK for the annual gathering, and all the usual questions of “would anyone come if we have to fly”, “will it work” etc were raised at the start when the idea of taking it abroad was first discussed. But Jersey Tourism were very keen for us to come and it was clear how much hard work by them and our hard-working secretary Dennis Kelsall had been done behind the scenes to organise a great weekend so full of activities there was barely enough time to sleep! 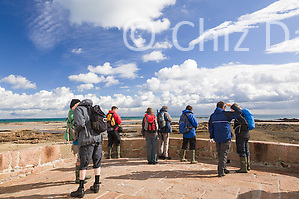 And the lack of sleep started straight away – with a rather earlier start than expected, courtesy of Flybe changing our flight from a pleasant 10:30am departure to a rather eye-watering 7:35am take-off from Birmingham. But other than having to park and stay overnight (rather than taking the train in the morning as we’d intended) it was very useful being able to fly from a relatively near regional airport and everything else went smoothly, arriving in Jersey a few minutes before schedule at just after half past eight in the morning.

We picked up our hire car from Hertz, a tiny little Ka which took us and all our luggage with little space to spare (once the seats were down!) but which turned out to be the perfect size for Jersey’s winding and narrow country lanes. From the air we’d seen that there were quite a few valleys running north-south across the island, and these seemed more fun to explore than testing our navigation skills in the busy metropolis of St Helier straight-away. (The “waterworks” road was particularly scenic).

And as it turned out, driving in Jersey took a little bit of getting used to – some of the narrowest lanes were hard to find, looking like little more than narrow driveways or dead-ends until you were almost past them and pulling out of junctions seemed to always involve an “edge out, edge out, edge out, slam the anchors on!” kind of approach as many junctions were so small that the houses in the junction corners blocked the view of approaching traffic until you were almost in the road. But it didn’t take long to get used to, and soon we were navigating happily along the back lanes in the north of the island. 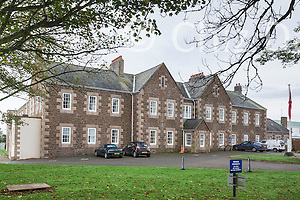 We were one of the first to arrive at our accommodation for the long weekend – the Jersey Accommodation and Adventure Centre (JAAC). A former boys home, this large rambling building has recently been converted to a hostel with lots of activities on offer. We drew the long straw and gained a seven bed dorm (with a double bed) all to ourselves with a fantastic sea-view. Half our group were staying at this centre, the other half in the yurts at the Durrell wildlife centre – which I have to say sounded rather good, particularly with their wood-burning stoves and the fact that they did have electrical power in the separate but next-door, shower/kitchen pods – glamping indeed! 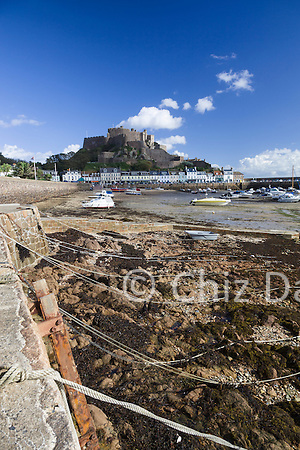 As we had plenty of time to spare, I went and shot a few extra video clips for the course I was running on the Sat, had a pleasant snack in Cafe Louise at Gorey Harbour, and then we had a bit of a wander around the north-eastern coast, before meeting up with several other members of the OWPG for a guided tour around the fascinating “bow-and arrows-era” Mont Orgueil Castle (which a few of our members had a go at hurling themselves off – abseiling down the side of the upper tower). A welcome dinner at JAAC that night gave us a chance to catch up with lots of other members and various of the activity providers and members of Jersey Tourism over a buffet dinner.

Saturday dawned wet and windy at the start – and for the first time I wasn’t regretting my decision to be sensible and take part in the program of professional development workshops organised by the OWPG. Well, I couldn’t really get out of the “intro to video” one in the afternoon – I was running it! The apps course was interesting but the scale of the projects that the presenters were talking about seemed to be a bit beyond the level of most of us as individuals (and importantly our wallets!) – we weren’t the large corporates that I think they perhaps normally deal with. 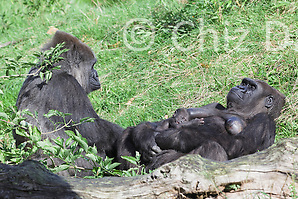 Then it was time for my video presentation. I was rather nervous about it as it was the first time I’d done a “non-photo” presentation, and for a variety of factors, I’d had very little time to prepare in the previous week. But although I definitely tried to stuff too much into two hours (it was probably more like two days worth) it seemed to go down fairly well – enough that one participant suggested that I should run it as a paid-for course to the general public but just make sure I have enough coffee breaks! (Fair point – I now realise two hours was an awkward amount of time – too long to give the briefest of intros, but nowhere near long enough to cover everything I wanted to say and get folks to have a go at.)

In the evening all those staying at JAAC piled into minibuses to get us over to Durrell for the awards dinner and presentation. Sadly I wasn’t one of the winners this year, but the food and talk at the dinner table was pretty good. We also had a talk by Lee Durrell about the amazing work that Durrell do, not just with their education (and university) program here in the UK, but also abroad in Madagascar, Mauritius, and the Caribbean to name just some of their locations. I later went and visited the animals they have in the park, including the cute new baby lowland gorilla. 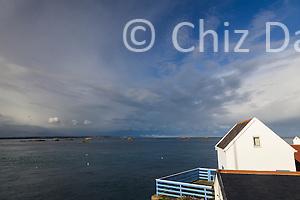 The next day I was determined to get some fresh air and exercise, so despite the late finish the previous night, it was up before dawn to get to St Catherine’s Pier for 7:30am. We boarded a seriously fast RIB run by Jersey Sea Safaris to get us to Les Ecrehous – a series of islands some six miles offshore from Jersey and a RAMSAR site. Sadly the resident seal population didn’t feel like coming out to play with us  on that occasion, but it was an amazing experience to see the rate that the tide uncovered the connecting pebble beaches between islets. When we arrived at the main island (where there are still several houses, though none are permanently lived in anymore) the tide was very high and the islet was completely surrounded by water. But within five to ten minutes it had dropped sufficiently to allow access to the next islet. Thirty minutes later, as we were about to leave, you would never have known the two islets were not walkable between at high tide. 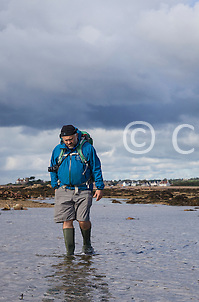 The weather had seriously improved from Saturday morning and was now almost too warm and sunny as we returned to the mainland of Jersey. Sadly though, the wind had dropped, so our plans to go blo-karting had to be cancelled. Instead we joined an interesting walk under the sea to the Seymour Tower run by Jersey Walk Adventures. Well, we weren’t really under the sea – just another fascinating example of the massive tidal range around Jersey – it’s one of the highest in the world with a twelve metre difference between high and low tides – so as the tide went out we were able to walk along the sea bed to a tower built on some low-lying reefs roughly a mile and a half off-shore from La Rocque (south-east corner of Jersey). The weather also proved it’s usual fickle self, and we encountered a range of temperatures from warm and sunny to cold and rainy on the walk. 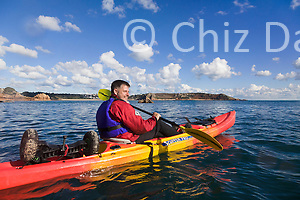 The last activity of the day was on the other side of the island, and involved getting even wetter- sea kayaking off the coast of St Brelaide’s Bay with Jersey Kayak Adventures. Having played a little with paddles in the past I was in the intermediate group, but I suspect we only went a little further than the beginners group who were pretty adventurous.

We were encouraged to try sit-on-top kayaks. I was a little unsure about this, as in the past some previous sit-on-tops I’ve used have turned out to be little more than foam barges, but these were a great improvement on those. 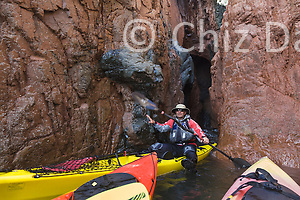 They felt much more akin to sit-in touring kayaks and proved to be great for photography as the floaty top made it easy to to turn around, face backwards and stick legs over the side for extra stability. Shame I can’t really say the same about the usability of the waterproof camera pouch I was testing, but that’s a separate blog post coming soon…

Derek, our leader, was full of lots of advice about how to get more speed and efficiency from your paddling, and how to safely play with water near coastal rocks. And I also discovered why modern paddles aren’t so left or right-handed as they used to be – apparently it’s all in the angle of the blades.

That evening we had a traditional beans and pork stew at JAAC, which most folks seemed to really enjoy, and another chance to catch up with other folks from the weekend. Then the following morning it was time for most folks to head back to mainland UK after a hectic and action packed weekend.

Was the trip a success – definitely. The only question now is how will Dennis beat such a trip for next year?