Slightly off-topic, but the issue of HS2, along with fracking seems to have a lot of people hot under the collar at the moment. Having got a good number of views of my image of Dunstanburgh which I posted with some comments about fracking on FB, I thought I’d have a brief look at HS2.

And my thanks must go to my husband Reuben for some of the arguments here – as a railway engineer specialising in signalling he has a bit more knowledge than “the average man on the street” but any misinterpretations or misunderstandings are all mine!

It seems that even many people who are normally pro-rail seem to view HS2 as too expensive, too London-centric, and unneccessary.

To start with the first point – yes it’s expensive. But so is building an extra road, metro system, or even a bit of dual track railway (we’ll come onto this later…). And quite frankly, very few folks would disagree that our rail system has been seriously underfunded for decades compared to those on the continent. Which is why we’re rather behind what other European rail networks now have to offer – who (I believe) all have some version of high speed rail network that is significantly faster and more efficient than ours.

It’s too London-centric. Yes, that is true. But you have to start somewhere, and if the largest volume of traffic is heading to London, then that’s the quickest place to ease congestion… Sad but true. It doesn’t mean that no money should be spent on the rest of the network though, and I don’t believe that’s the case. Just as building the M6Toll didn’t mean that all spending on the rest of the road networked ceased (although perhaps that’s not an ideal comparison as its tolls are far too expensive for most folks to choose to use, making it a bit of a white elephant…)

Unneccessary? No, this one is a real fail. It is very neccessary if we wish to keep adding capacity. As we’re approaching the limits of what can currently be done with efficient signalling, adding extra capacity is all to do with overtaking. And how hard that is for trains compared to road vehicles. (For a faster train to overtake a slow train, it needs a very long stretch of extra track, and that overtake has to be pre-planned so the two trains don’t collide….) And as those slow stopping services are what makes the rail network “work” for the majority of us who don’t live in one city and commute to another but instead start at a much smaller town or village, I can’t see the general population being happy if those slow services are canned in favour of greater capacity.

Which means that most lines handle both fast trains and slow stopping trains. And the problem that causes for capacity is far more severe than you might expect… Signalling can solve many issues, but apparently we’re at the limits of what that can achieve. You see, if you send a slow train down the line, then unless you have enough places where the fast train could overtake (and we have very few – more on that in a bit) there is no point sending a fast train down the same line until its schedule would cause it to arrive at the final destination just after the slow train. As it otherwise gets stuck behind the slow train and effectively becomes a non-stopping slow train itself. 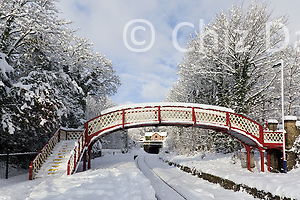 If you have a seperate “fast” track (which I understand could be used for all “fast” trains, not just HS2 ones, as long as they can keep a fast enough pace) then the faster trains can run much more frequently as they don’t have to wait for slow trains to stop holding up the line. So in theory, you could have fast trains running every 3 minutes between destinations rather than every half hour (which is about the limit when stopping services also run on the same line). And that gives a huge amount of extra capacity…

But can’t fast trains overtake in stations to solve the problem? Well, yes, they can and do. But that’s already at capacity and town centres are a lot harder to build extra track capacity in than alongside motorways. If there’s this amount of outcry against HS2, imagine just how much there would be if businesses and (dare I say it!) shopping centres or houses had to relocate to allow an extra mile of dual track inside a town or city!

And although the Victorians were very far sighted in their plans for their railway network, the network is showing 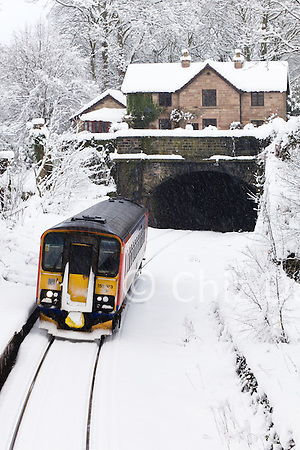 signs of age (and perhaps design issues that stem from being the first system to get going – well before the modern era). For examples, the “loading gauge” (the space allowed for carriages to pass under bridges and through tunnels) is smaller than that allowed on the continent. Meaning our trains have to be a little bit narrower – and that itself is an issue for capacity. Longer trains (which initially perhaps seem like an obvious solution for greater capacity) just cause even more difficulties with overtaking – they need far more space to accomplish that in safety!

There’s also the issue of bendy track. Not badly maintained stuff with ups and downs in, but the way it wriggles around heavily built up areas. To get a train round this at any great speed requires it to tilt – which has it’s own issues. Another thing which HS2 will solve for faster trains is that it will be purpose built for speed – with much fewer gentler bends. All of which means trains will not need to tilt, which is a saving in the costs of carriages and engines.

So in short, yes HS2 is expensive, yes it’s London centric, but we do really need it if we want to start to solve the issue of commuters being either jammed into overpriced sardine tins with standing room only or giving up on rail as transport entirely – as the capacity on the network is at its limits without it. And its perhaps just the first step in modernising our rather aging rail network and making it fit for the 21st century and thereby helping to reduce the need for additional roads and car-usage.