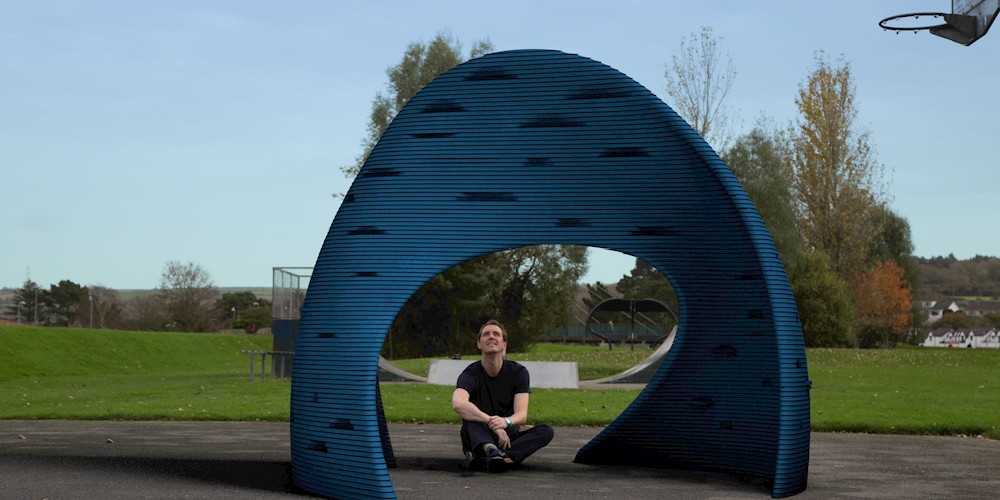 When is a climbing wall not a climbing wall? Perhaps when it’s outdoors, and but more so when it’s not just a single wall but a freestanding structure with several different slopes, overhangs and angles on it.

Born from a desire to give youngsters and teenagers something active and challenging to do, and the shocking fact that one in four fifteen-year-olds are now clinically obese (in part through inactivity); this is the first product to come from the Morphus Foundation, whose tagline is “Giving young people more opportunities to be active”. 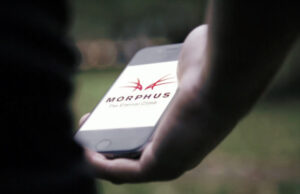 The research team at Morphus is developing a mobile app to go with the climbing structure (Photo: Morphus).

It’s designed to fit in a really small space – just 1m x 3.6m and looks about as tall. This means it takes up half the space of a squash court and much less space than a skate park. Perhaps just as importantly, it requires significantly less community funding than a skate park.

One of the goals of the project was to create something which kept the users engaged and coming back for different challenges, rather than being a one-hit wonder. As CEO Harry Anscombe describes “As one module or more, every inch of Morphus has been engineered to provide a never-ending challenge for at least four people at once. The steep face requires balance; the overhang: dynamic agility; the leap: guts.”

Part of the challenge come in the form of an app – where users can set routes for others to follow. The initial routes will be devised by pro climbers to get people inspired, then users will be able to use the included projection mapping software to create their own routes and experiences on the product.

The team at Morphus expect online sharing of both routes and videos of routes being tackled.

Will it take off? Due to be available any day now, only time will tell.

What do you think? Is it a good community resource that will be well-used? If you’re a teenager, does it look like something you’d enjoy and find challenging enough to come back to time and time again – or like a zip-wire, will it’s interest fade after the first few adrenaline-filled sessions? Is it too like an indoor wall taken outdoors that will suffer from bad weather – or is it a 3-D dynamic space that’s great to hang out in as well as explore the challenges of?