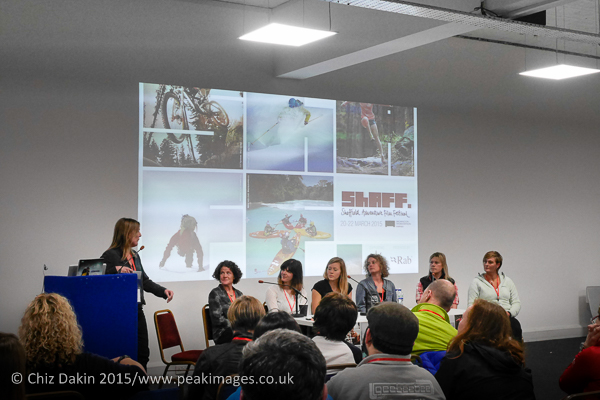 Home » Other » SHAFF 2015
I was only really going to return a tent! (The fantastic F10 Vango Vortex 200 that I borrowed from Dave Mycroft for the Patagonia expedition – it’s got a rather illustrious history before it came out on expedition with me. But more on that later – I’ve heard something about its future and I’ll share that when it goes public). Anyhow, I’ve not really done film festivals in the past – somehow the lure of being outdoors has always won come the day… And it was a close run thing this time too. True to form, I still didn’t get to see many films either! But I’m glad I went. 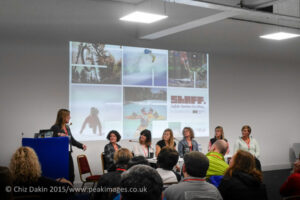 One of the things I went to was the Women in Adventure Network discussion panel. I wasn’t sure about this before I went – it could easily have gone one of two ways. It could have become a fringe event that marginalises women in adventure and film making even further by it’s very existance.

But instead it was a great opportunity to meet like minded folks – male and female – and discuss expeditions, adventure sports and start to make additional useful contacts in the industry.

But one figure mentioned in the discussion really shocked me. Now women make up 50% of the human race, and I suspect that if you take a broad count of % enjoying the outdoors, that figure won’t drop a huge amount. Yet there was an amazing statistic quoted – that in the UK only 0.7% of funding goes to professional women’s sport. Men presumably get 99.3% (unless there are some sports that are genuinely mixed… perhaps I need more coffee still, but I’m struggling to think of any right now.) I knew the pay was skewed against us, but not that much. Something really needs to change there…

And then it was the industry hangout. With a short speech near the start by Andrew Denton of the OIA, this was more about networking, catching up with existing friends in the industry and starting to make new ones too. Although a small group of us ended up retreating to a quieter corner to be able to hear each other (there were lots of folks all talking quite enthusiastically there!) I had some really useful conversations in both places. And if even a quarter of them come to fruition I should have a film made for next year’s festival!