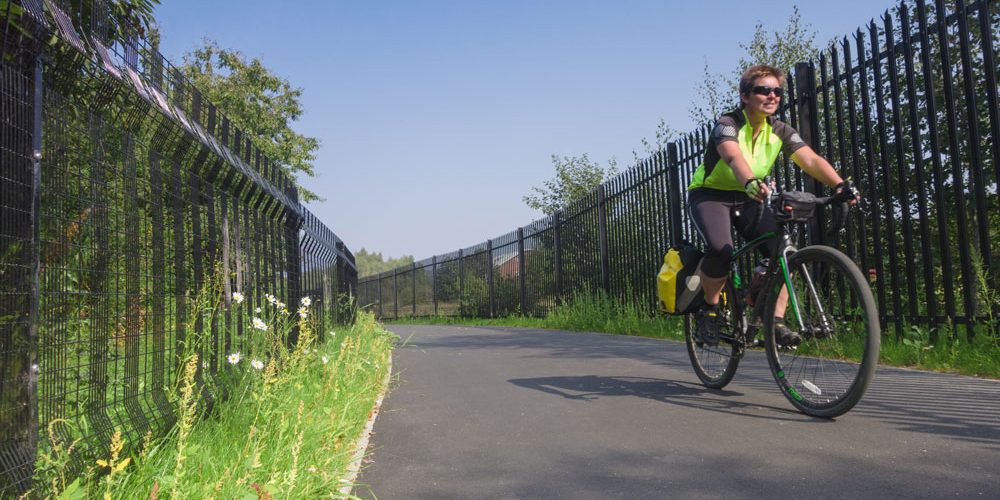 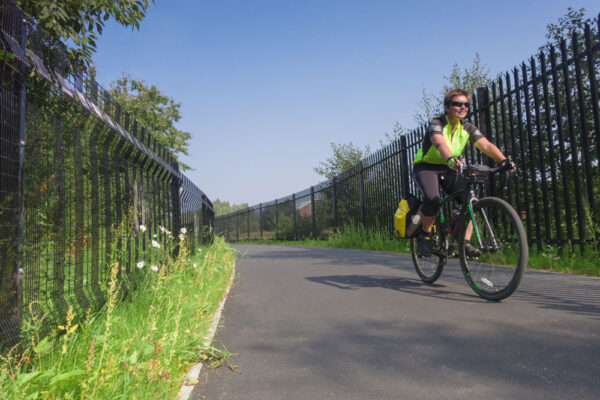 Having seen that the route was already open on the ground, I took a short run along it yesterday and it’s a great improvement to the fiddly route around the houses and across busy roads past the bus station that was previously the “least worst” option to get between the two.

It now means that (with the new-ish Stonegravels route), there’s a direct link between the TPT/Chesterfield Canal and out to the edge of Chesterfield towards the Peak District. Looks like there’s been quite a bit of new bridge building (in particular over Hollins Lane).

Kudos to Sustrans and Derbyshire County Council for putting the time and money into this project – it’s one that’s been much needed for a while and makes a big difference to accessibility to and from the train station by bike. And co-incidentally makes Route 7 of my Cycling in the Peak District guidebook a lot easier at the start.

(To find it from the station – head left out of the station on the one-way station access road. Turn left by the car park and it’s at the end of that road. From Queens Park – cross the road and it’s the new cyclepath straight ahead by the Parkside Cafe.)